We believe our transformative products and flexible business opportunities can help you approach each day with more drive, enthusiasm and passion. Because when you’re at your best, you experience the world differently and new possibilities open up all around you.

David Schmidt is the inventor of the LifeWave Technology and founder of LifeWave.
David’s experience in business and product development spans over 25 years and includes formal education in Management Information Systems and Biology at Pace University in Pleasantville, NY. David then went on to pursue several entrepreneurial endeavours and as a result, owned successful companies involved in manufacturing and product development. One of these companies, Advanced Applications Group, is a Research and Development center that specializes in energy production technologies for both military and commercial applications. During his time with AAG David developed new methods for producing Hydrogen and Oxygen, designed and prototyped multi-fueled bladeless turbine power generation systems, and constructed metal-combustion rocket engines.

As a result of his innovations, David was presented with an honorary doctorate by Dr Alexander Marinaccio of the International Hall of Fame. In addition, as a result of work performed in the design of emergency Oxygen systems for General Dynamics and the U.S. Navy, David was invited to participate in the Navy’s next generation mini-sub program. 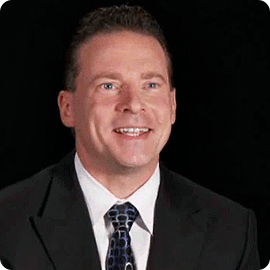 The LifeWave Technology was born out of 3 years of intense research by David into the concept of being able to naturally increase energy and stamina through elevation of fat burning utilizing wireless communication to the human body. The LifeWave Technology is now available to the public and David has committed his life into making this opportunity a reality.

We’re here to help people feel better, look younger and lead more joyful lives. We do this through wellness products that tap into the body’s natural energy and resiliency, and through business opportunities that inspire personal and professional fulfillment.

We believe our transformative products and flexible business opportunities can help you approach each day with more drive, enthusiasm and passion. Because when you’re at your best, you experience the world differently and new possibilities open up all around you.

Imagine a product that can activate your stem cells, resetting them to a younger healthier state. This would represent a whole new level of vitality with improvements to your energy, sleep, reduction in pain, reduction in the appearance of lines and wrinkles and support of faster wound healing, just to name a few of the benefits.

Introducing the LifeWave X39 patch. The first product ever that is designed to activate your body’s own stem cells. How does X39 accomplish this? Using our proprietary and patented form of phototherapy, X39 elevates the peptide GHKCu. This is a naturally occurring peptide in your body that declines significantly with age. In fact, after the age of 60 your levels of GHK-Cu have dropped by more than 60%. Independent third-party clinical studies on GHK-Cu have determined some remarkable benefits including, support of the body’s natural wound healing process.

Perhaps even more remarkably, GHK-Cu resets the genes in the body to a younger healthier state. In initial clinical work performed by Dr. Loren Pickart, Dr. Pickart discovered that old liver cells, when exposed to GHK-Cu, started to function like younger healthier cells! Over the past 10 years the research team at LifeWave in San Diego California have been investigating new methods for dramatically accelerating the way in which the human body heals after injury. The discoveries and inventions that we have created have led to more than 70 global patents in the field of regenerative science.

Some of these inventions are so groundbreaking that in initial trials with flat worms (a biological stem cell model) they show a phenomenal 90% improvement in the speed of wound healing. Later studies with animals and humans showed that in fact with specific applications of electromagnetic fields created by some of these devices, the activity of stem cells could indeed be enhanced, and both animals and humans could heal much faster as compared to no therapy being applied.

We are looking for holistic practitioners, homoeopathic doctors, chiropractors, natural health practitioners, physiotherapist, salon owners, small business owners, network marketers to join us in promoting these wonderful product to the rest of the world. If would like more information on joining LifeWave’s talented group of hard-working Distributors, then please feel free to contact me